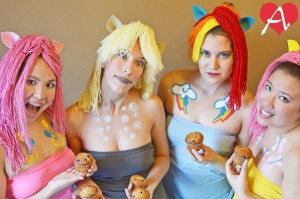 Antipode is a comedic theatrical belly dance troupe from central Pennsylvania. Fusing the theatrics of acting with a mix of cosplay, pop-culture, geekery, and off- beat humor Antipode brings the audience not just dance, but full geek entertainment. Antipode has been performing together for audiences since 2005, and had done more than 50 shows. Some of their performances themes include; Mario, Legend of Zelda, The Hobbit, Doctor Who, Teenage Mutant Ninja Turtles, Harry Potter, Disgaea, Meme’s, Pokemon, and multiple Live-Action-Role-Playing games.